In 1907, the first barrio school in Malibay was established under its first teacher, Mr. Justo Agbayani. It was a rented house owned by Mrs. Filomena Francisco, who taught the cartilla to the pupils. This was the start of the Grade One class in that lowly school.

In 1931, the Cornejo Family donated a lot bounded by Apelo Cruz Street in the south,  F. Cruz Street in the north, E. Rodriguez Street in the west and Dominguez Street in the east. The first elementary school in Malibay was constructed in the form of Gabaldon Building. Before World War II, there were already four teachers and four classes – Grade I to IV under the leadership of Mr. Nicanor Feliciano, Head Teacher, who stayed until 1940.

Floods like this were also experienced in T. Paez during the earlier times.

On March 12, 1945, the school was re-opened. During the school year 1946-1947, a Home Economics Building was constructed through the leadership of Mr. Feliciano Tenorio and with the cooperation of the people of Malibay, the school was then named Timoteo Paez Elementary School, named after Don Timoteo Paez, a famous philantropist from Malabon.

In 1958, another building was constructed under the leadership of Mrs. Lorena Basilio, who stayed until 1966.

The TPES Faculty Circa 63

From 1966 to 1969, the school already had its Administration Building, rooms for Remedial Reading, Guidance Center, Mentally-Gifted classes, Work Education classes. The school had four annexes where some pupils and teachers were assigned. Annexes 1 and 2 were along Apelo Cruz Street inside the residence which had 13 classes. Annex 3 was along P. Santos Street, inside the Felipe Compound and had 8 classes. The fourth annex was along C. Jose Street inside the Tengco Compound. It had 12 classes then. At that time, Timoteo Paez Elementary School was the third largest school in Pasay City with 45 teachers under Mrs. Lydia Buenaventura, the School Principal.

During the school years 1967 – 1977, a two-storey building donated by Dr. Jovito O. Claudio was constructed, followed by another building donated by the Chinese Chamber of Commerce. All of these accomplishments were done during the term of Mrs. Herminia Mangusad, who came in as Principal in 1969.

From L-R: The Old School Library, which can also function as a mess hall; The Town Plaza which were used for school programs; and Scouting at TPES.

In 1978, the Imelda Building was turned over to the school under Mrs. Libertad Reynoso, Principal. This was extended and completed in 1979 under Mrs. Aurora Arevalo. This was also the start of Kindergarten classes. The number of teachers during that year increased to 97.

Cementing of the quadrangle was done with the help of the community and the school Parents’ and Teachers’ Association. This was undertaken during the time of Dr. Josefa Reyes, Principal.

From 1987 to 1992, the Kindergarten Playground was put up. A six – room building and the three-storey multipurpose building with Gymnasium were constructed as sponsored by Congresswoman Lorna Verano – Yap and Congressman Jovito O. Claudio. Respectively, the additional buildings were made possible under the leadership of Mrs. Marietta P. Flores.

School years 1993 – 2001 were considered to be the school’s Golden Years with Mrs. Josefina Bañez. As the Principal, the school had more improvements. A nine – room, three – storey building funded by the Department of Public Works and Highways  was constructed for the HE Laboratory/Practice House, Guidance Office, Principal’s Office, and classrooms. Enrollment increased to more than 3000 pupils. The number of teachers also increased to more than 100. The school topped Pasay City’s ranking in all examinations. Pupils bagged awards in contests. The school was reclassified as a Principal IV school.

The new three – storey building with 15 classrooms was officially turned over to TPES with Mrs. Alicia Bengzon as Principal in September 2001. In 2004, another building was constructed through the Congressional Fund of Congresswoman Consuelo Dy. This is now the two-storey Industrial Arts Building, where EPP classes are conducted.

In 2004 – 2011, Mr. Librado F. Torres led efforts to make TPES Pasay’s Premier Academic Institution. More educational programs were initiated and being implemented as the school’s response to the challenges and demands of the present. The school continued to serve as a catalyst in providing pupils with more effective and relevant school experiences. It continued to envision itself as a standard of excellence and integrity in the academe, an institution committed to active participation in building a highly urbanized, technologically advanced and humane Filipino Society. This legacy was continued by Mrs. Avelita B. Mercado, principal, 2011 – 2012 and Mrs. Milagros N. Ignacio, principal, 2012 – 2014 and then followed by Dr. Rolando E. Soriano, 2014-2017. With him, this institution builds a highly motivated team of well-trained, competent, effective and empowered “child-friendly” personnel in order to: lead in providing access to quality and relevant education; create shifts in education necessary for our active participation in rapidly changing global community; and maintain the highest ethical standards, sense of responsibility and fairness with respect to its stakeholders. By this time the school became the first and only APPES accredited school in the Division of Pasay City. The progress continued as New Building 3 and 4 were erected, formerly known as Lorna Yap building through the aid of the city government.

Currently, the school is being headed by Mrs. Glenda D. Tabaquirao, Principal IV  who sustained the legacy of being number one school to which continuously bagging awards from District to National Level Competition. There were numerous innovative programs that have been launched to consistently maintain the high quality standards of education. And to also lessen the increasing numbers of struggling readers, the program Read and Reap was launched. Creating every significant corner of the school a place every learner can read.

Hence, another construction of building is taking place. The Imelda Building that has aged along the years has been replaced by a 4 -storey, 24-classroom building, that can cater to our growing number of learners. Many facilities were added and renovated through the generous help of the GPTA. The school is indeed fortunate that there are outside sponsors who willingly donated and had helped the school to further improve for the sake of our stakeholders.  It is always an opportunity to sustain both academics and pupils’ welfare providing stakeholders an avenue of positive environment conducive to learning while at the same time promoting a comfortable place that minimizes distraction and hazards among all type of learners.

Through the leadership of Mrs. Glenda D. Tabaquirao, the school will continuously achieve academic brilliance, efficacy and significance … excellence and credibility. All of these and more as Timoteo Paez Elementary School scales new heights today and beyond! 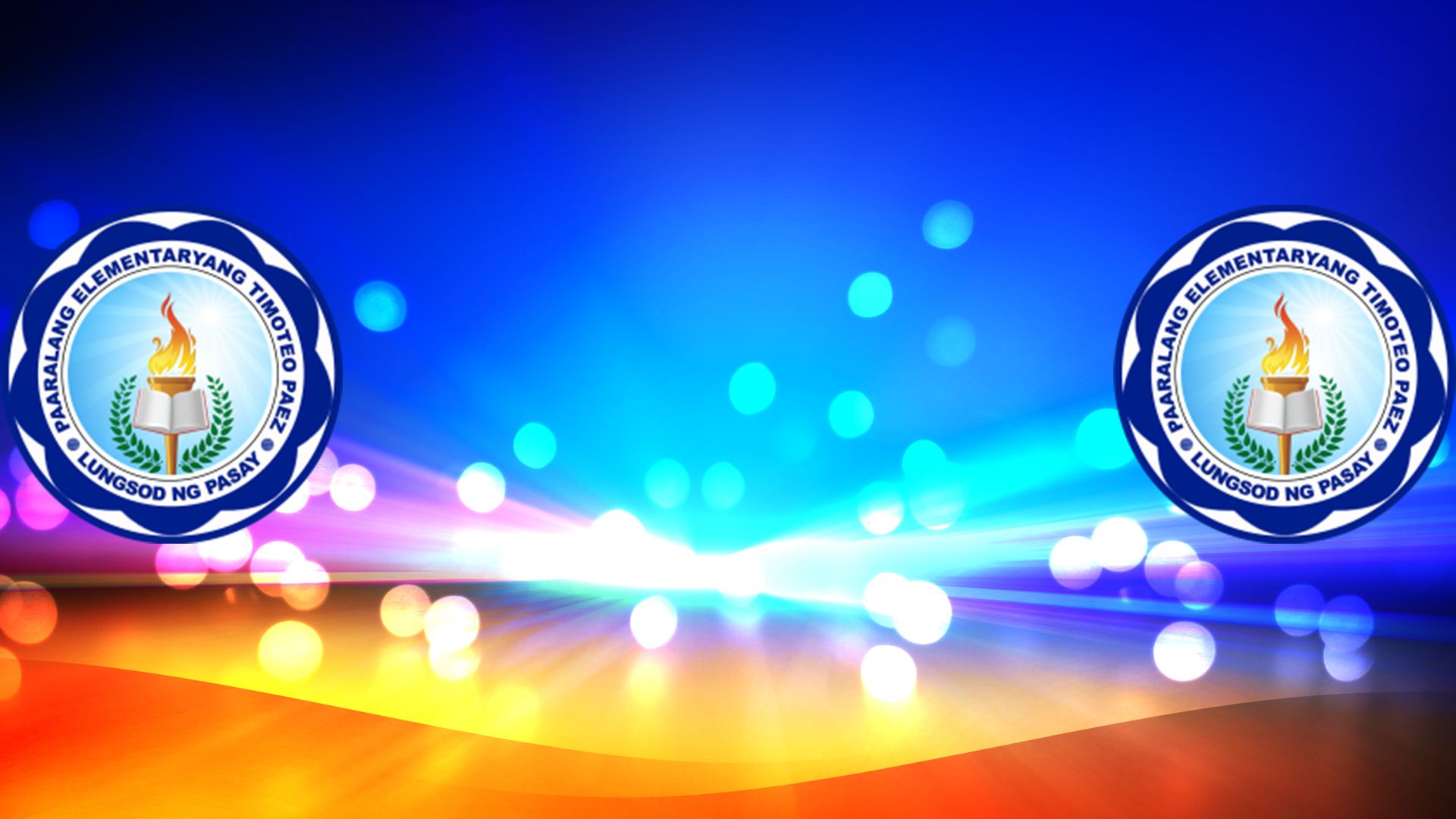